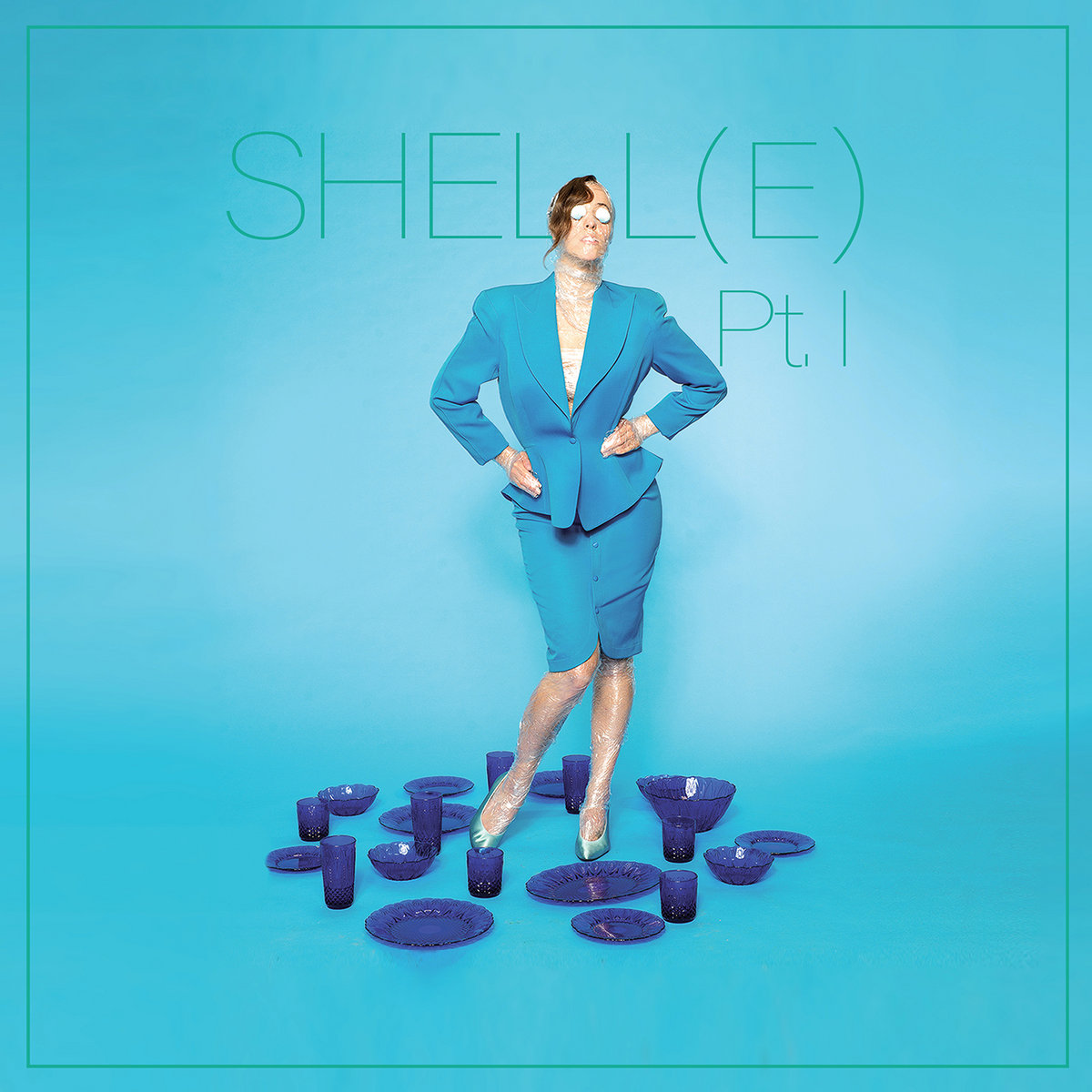 Marie-Clo’s first english EP “Shell(e) Pt. I” speaks of strange times as a hockey wife, reconnecting with womanhood & behaviours that permeate sexism. Especially creative during darkness that accompanied her PCOS/endometriosis diagnosis, Marie-Clo’s textured indie-pop-electro immerse us in a somber yet incandescent space.

Animals eating people is about many things: how some men treat women like animals, how humans treat animals, and most importantly, how women treat women. This song was a way to point out the irony in all 3. Preying on the vulnerable, turning women on each other, female competition versus collaboration, patriarchy keeping women busy with petty jealousy so that we are not a threat to their success. I realized my tribe was women, they were never my enemies. During moments of infidelity & in a society that pins women against each other, it’s hard to remember this. The videoclip shows all of these themes in detail and in dance.

Trophy wife is about my time as a hockey wife. My ex husband was a professional hockey player. I saw the private inner workings of this industry, the men & women in it, the secrets it hides & the behaviours it permits. In hindsight, I became an observer in my own relationship; a sociological opportunity to witness something rare, yet painful. Unfaithfulness was simply the unoriginal cherry on top of a patriarchal sundae. I wanted to tell my own story through this song, to remind people that any woman can be a victim of abuse/neglect/sexism/infidelity. Also, our significant other’s selective kindness, their status, their talent, their desirability are never worth the pain.

I wasn’t just a “wife” before I met him, I am not just a “wife” now that I’ve divorced him. I feel that I have this hockey wife stigma attached to me, just because of a coincidental meeting that led to a relationship. I feel that I have to forever embody this caricatured version of what hockey wife means. I can assure you that I was never meant to be a hockey wife, I failed that test with flying colors. But I can also assure you I met some really fantastic women that broke my own prejudice in regards to this term. Did I see the worst of what the term hockey wife means? Absolutely. I could write an entire book on this. But that is not the only memory I preserve from my time as an observer.

Ah oui is more about the call-out culture, naming the injustices, having a brave voice, seeing the light, the hope, noticing gender inequality, being bare, remembering our worth after it has been stripped away, unapologetically. The song is more poetic and written with imagery.

Speaking about male dominant spaces in which womxn have to survive, is not easy; and I am white. Can you imagine how much worse this actually is for women of colour, etc? The album was recorded in the past year, at the same time that I landed in CHUM hospital in Montréal while on tour, only to find out my diagnosis of PCOS (poly cystic ovary syndrome) & endometriosis. I was juggling live shows, recording, writing grants, writing music, remaining creative, while secretly battling severe illness. The whole thing came as a shock, and yet it didn’t at all, because women are constantly dismissed by medical professionals with their symptoms. I knew something wasn’t right in my body as I was in constant pain with many visible & invisible symptoms, yet I was ignored for an entire decade by male doctors. As I say in this song, “I know it’s not all, but it’s not just a few”. Meaning, I know not all men are bad, but it is not only a few. We have a lot of work to do as a society.