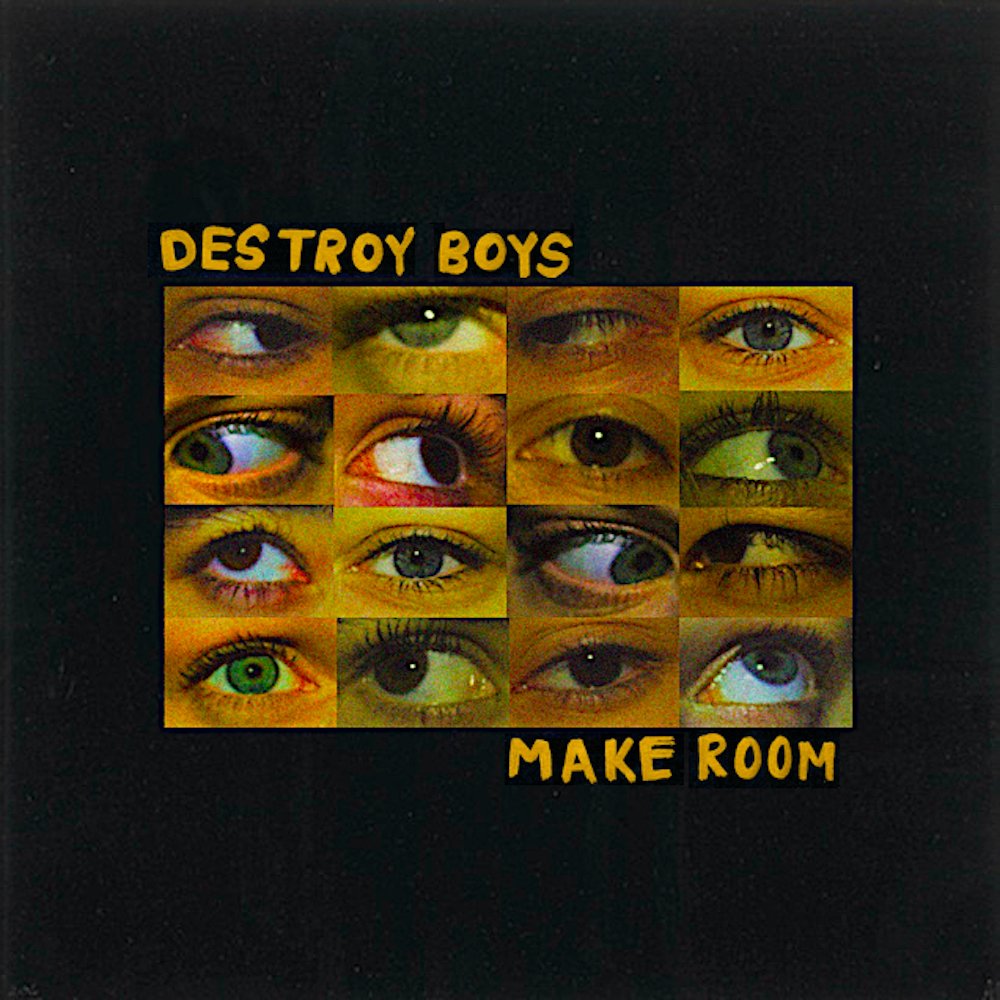 I was in PE (as a senior) and I legit got hit in the face with a dodgeball and then I went to cry about it. I dreaded PE, it was so annoying and early. High school wasn’t bad overall, but I definitely didn’t want to be there. This song is an ode to my high school and the people who went there. – Alexia

Guys make me mad, and this song is about two of them who have wronged me in some way. It’s about whether or not they can accept and take accountability for the things they’ve done. I don’t think either of them have apologized. – Alexia

This girl and I had feelings for each other, and I backed out because I didn’t know what I was doing. She’s someone everyone knows to be skilled, kind, and drop dead gorgeous. I wrote this song when I was lusting after her. – Alexia

A dude that I used to date started messing with a girl who was a lot younger than him, and then she ended up talking trash about our band on Twitter. Of course we saw it, so I angrily scribbled some lyrics about how everyone at my high school could be as mean to me as they wanted, but as soon as they touched my band, it was like disturbing a mother bear. – Vi

I had a thing with this guy who got on my nerves sometimes but I really liked. Things didn’t work out, and I often wondered if he still thought of me like I thought of him. Ah, love. – Alexia

I have often felt excluded and out of place, self conscious of every thing I say and every thing I do. I used to feel this very intensely in Piedmont, but it also relates to any new group of people I meet. There are so many memories and inside jokes and rules that I will never fully know about, and this song dissects my feelings about it all. – Alexia

This song is about my perceived inability to function in romantic relationships and how they always seem to end with me in a complete fugue state. I wanted to hear my crush write songs about me and to just love me back so bad, without any coaxing from me. I just want authentic love, and when I don’t get it, I end up feeling like an unlovable web of strange feelings. Crybaby is about becoming this web. – Vi

This song is an ode to another version of myself that lives in NYC. I hope she’s doing well. – Alexia

When I started listening to punk and going to shows, I felt like people thought I was changing for the worse, but it was very good for me. I felt like my friends were envious of this “new person” I was becoming. I wasn’t really becoming someone else though, more like a happier and more full version of myself. – Alexia

I used to be really anxious singing, and in this song I describe those feelings plus my coping tools. – Alexia