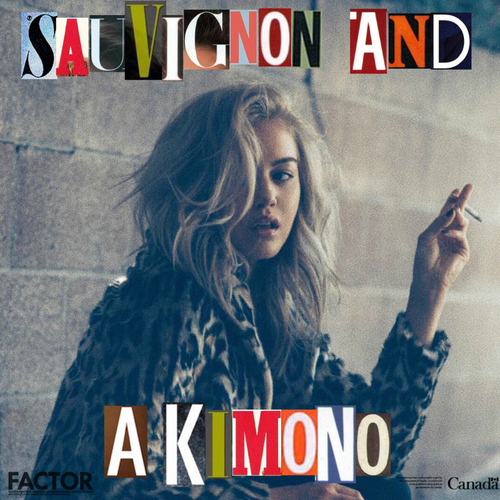 Sauvignon and a Kimono

Sauvignon and a Kimono was written during some of the hardest years of my life – my family fell apart, my love life fell apart, and I lost some incredible people. Writing this album gave me the ability to channel my emotions and articulate exactly how I was feeling.  It helped me heal in ways I never thought possible.

It’s about dealing with anxiety and depression. It can crush you as a person, it’s about trying to change your way of thinking and letting it all go.

The moment I found my dad with another woman. The story goes line by line of exact events that happened and how I had to tell my mom. It was devastating, but a beautiful freedom for both of them in the end.

The realization that I didn’t want to pursue the traditional American Dream.  It’s about creating your own path in life and evolving as your own person.

It’s after a bad break-up, losing yourself and having no regard for people’s feelings. It’s about a woman toying with a man’s emotions just because she can –  an indirect revenge.

#5 Sauvignon and a Kimono

It was life while I was making the album. Long nights and sleeping in until it was almost dark again. Having some crazy nights and adventures with my best friend.

I’s about meeting an incredible guy who does and says all the right things, but it isn’t what you want in life at that moment because it becomes boring after a while.

The glimmer of hope that you’ve found something perfect and real but the timing isn’t right. It gives you hope that you can love again.

The Sunflowers - The Intergalactic Guide to Find the Red Cowboy

MOMO. - I was told to be quiet