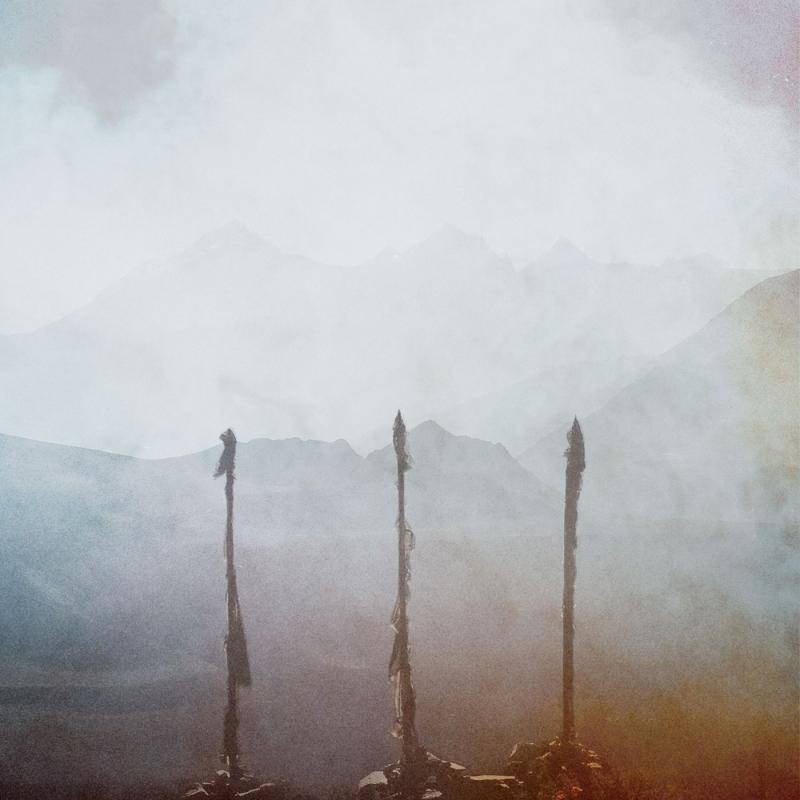 New Age Doom’s second album, “Himalayan Dream Techno“, was recorded and produced between March and June 2020 in a creative process allowed for maximum spontaneity, synchronicity and unpredictability. Here we take a look at the process and gear that give this record its distinctive sound.

This was the first piece recorded and it served as a proof-of-concept for the decentralized recording process. Due to world circumstances, each musician had to record their parts remotely while under lockdown in Vancouver, Toronto, Calabasas and Tucson. As the shortest track on the album, it sets the tone and introduces many of the musical elements to be explored: a fluid sense of time, rampant percussion, analog delay oscillations, frenetic synthesizer lines, tube amp feedback and singing bowls. Welcome to Himalayan Dream Techno. Our first stop:

Following track 1’s overture, we settle in for a relatively peaceful exploration of texture and space. Tracks 2 and 3 are a single piece of music in two parts and unlike the other pieces, where the drums were recorded first, this one started with an ambient guitar track, performed on a bowed fretless guitar. We also hear some unusual instruments not found elsewhere on the album. Notably, Cola Wars plays a delicate opening melody on an antique marxophone (a zither with built-in hammers); Tim Lefebvre plays a bowed upright bass through a Roland Space Echo and Greg Valou plays acoustic tanpura (a North Indian drone instrument) and corrugaphone (a wind instrument played by spinning it around). The performance gradually builds in intensity as waves of bowed guitar crash around Eric J. Breitenbach’s snare drum rolls and Lefebvre’s pythonlike upright bass lines. The final sounds we hear are the decaying traces of Cola Wars’ Roland RE-501 Chorus Echo, which leads us into the album’s title suite…

The centerpiece of the album, like the last one, is one piece of music divided into two tracks. It’s built around a single, 10-minute drum take from Eric J. Breitenbach, performed on a hybrid kit of Staccato, Ludwig Vistalite, George Way and Woods Custom drums with Zildjian cymbals. You may be surprised to learn that aside from a bit of room and overhead fill, the drums are mixed in mono. The snare, kick and toms were sub-mixed on a vintage Peavey PA-9000 mixer, which adds analog saturation and punchiness for the mere sacrifice of the stereo spread. The drums are also responsible for the track’s locked-in synth bass, which comes from a Roland RT-30 trigger on the bass drum armed to a Roland TM-1 module.

Let’s talk more about the synthesizers. If the drums are this music’s beating heart, then Cola Wars’ synths are its lungs. Here the throbbing pulses of his Roland Jupiter and Critter & Guitarri Pocket Piano create landscapes and skyscapes for the other instruments to inhabit. The often-terrifying cascades of chirps and beeps come from Tim Lefebvre running a custom analog synth from Synthcone and a Hikari Instruments Monos. The combined dry signals are mixed with a close-mic’d cabinet track, with most of the bass is in the right channel and most of the treble in the left (these two tracks are also slightly time-offset from one another to enhance the stereo effect). You can especially hear the power of the kick trigger and Monos in the second half.

For the guitars, Greg Valou focused on harnessing microphonic feedback blasting from two low-watt tube combos (a 7-watt vintage Japanese TAKT and a 1-watt Blackstar, which have been gain-boosted by Ibanez Nu-Tube Screamer running at 18 volts). By making subtle changes to guitar position and angle relative to the amps, along with slight adjustments to volume and tone controls, it’s possible to create sustained and evolving tones. Valou also provided the hand percussion heard throughout the album, performed on a collection of metal singing bowls and a pair of silnyen (Tibetan hand cymbals).

A late addition to the album, this track came about from a desire to include a closer that’d help ease listeners into a more relaxed mode. The first half revels in sonic density before easing off for a desolate outro where two fretless guitars – one gently plucked and the other bowed – are slowly engulfed by multiple layers of synthesized wind noise from a Roland JP-08 and a Yamaha CS-01. With that final breath, Himalayan Dream Techno comes to a close.