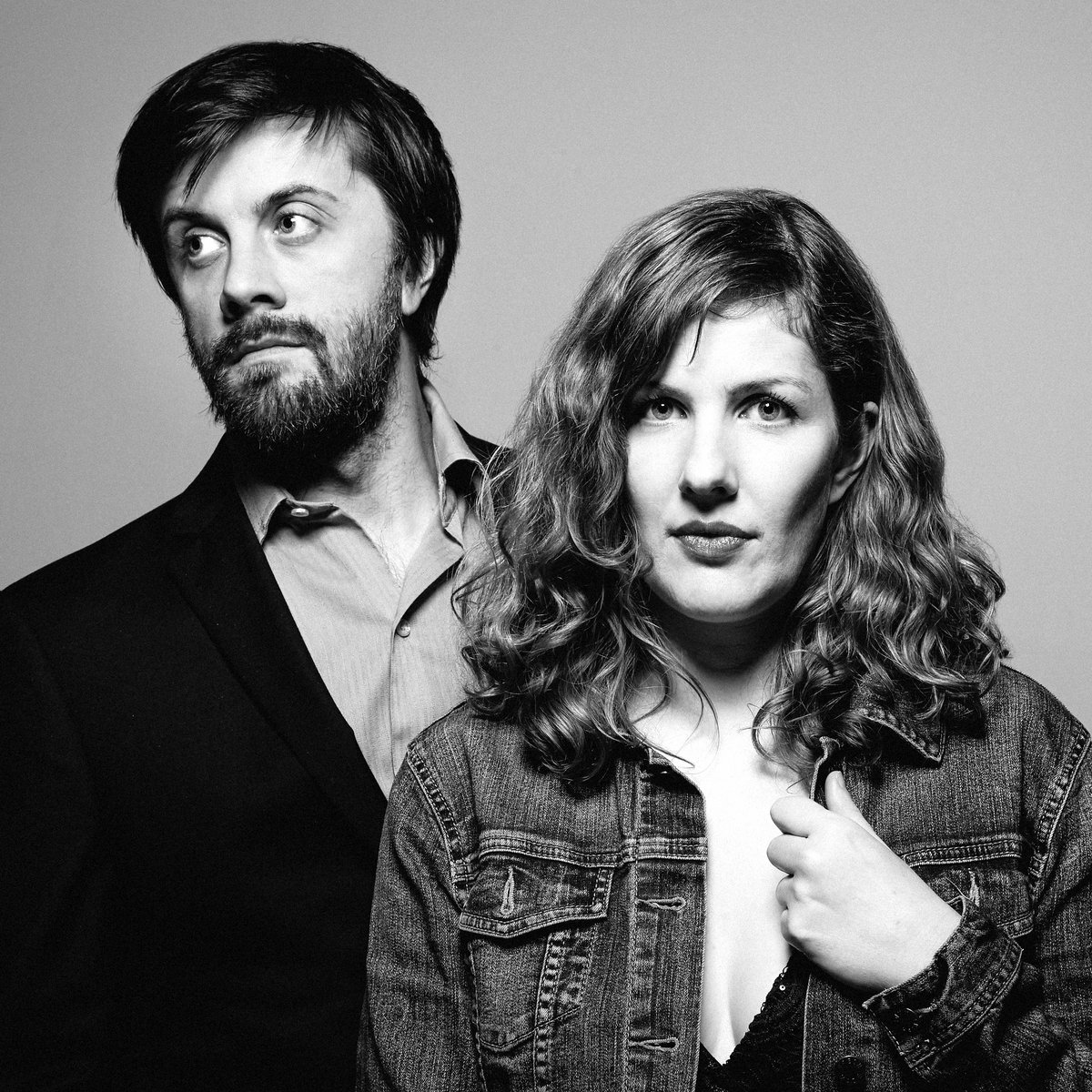 Jane: I think I wrote this song as a way to console myself… You spend your whole life trying to avoid the rat race, then you reach a certain age and the bills are piling up and you find yourself in that very place you’ve tried so hard to avoid. A lot of work went into building the song’s structure and arrangement. It all came together when Simon orchestrated the long, slow-burning intro, which we thought was a great way to set the table for the rest of the album.

Jane: This is probably my personal favourite. It’s actually pretty hard to write a good, simple pop song, and I think we might have succeeded here! Simon came up with the beat and bass line and added the orchestra sample over top. When he showed it to me, it blew me away. The words and melody came fairly naturally, but we struggled to come up with a good instrumental solo. So we turned to friends on Facebook for ideas, and we got all kinds of people sending us random solos! It was a fun process and we ended up settling on a dissonant guitar/harmonica combo.

Simon: This one was adapted from one of Jane’s older demos, dating back to before the start of the band. It seemed to be a fan favourite, so we tried to arrange it with a straight-up ‘80s Madonna sound at first, and it actually worked great! But it sounded so out of place on the album… We reworked it one more time as a slow R&B jam, which seemed to sit a lot better with us. We did leave a snippet of the first version as an interlude though!

Simon: When we started the band, we were listening to a whole lot of Martha and The Muffins… I didn’t think the song was that good until I heard Jane’s cascading melodies over it. I remember wanting to replicate a specific no-wave synth sound that we liked in our friends’ band, PALISSADE. We didn’t nail it at all, but oh well… it’s good enough for rock n’ roll.

Jane: I wrote this as part of a 7-day song challenge, where a bunch of singer-songwriters wrote, recorded and shared a song each day for a week. It was originally written with just an acoustic guitar, and the lyrics were inspired by a character in a book I was reading at the time, If on a Winter’s Night a Traveller by Italo Calvino. I decided to try to adapt it for Alexandra Lost and put it to a beat that was highly reminiscent of ‘80s Leonard Cohen. It turned out to be a keeper!

Jane: When I wrote this, I was listening to an awful lot of Dolly Parton. I love her ability to weave stories into songs and I think, in the back of my head, I was wanting to do something like that. It was the beginning of summer, and there were some pretty dramatic events transpiring within my family. I went down to the river by our house to try to clear my head, and the fully-formed song with lyrics and melody just came to me. When that happens, it’s a pretty sure sign that you’re onto something good!

Simon: This song had so many iterations. It all started with Jane’s idea, which was super upbeat and sounded like a cross between Feist and a Hi-NRG track. We weren’t satisfied with it though, so I slowed down the beat to a crawl as an attempt to salvage it. Jane heard it and said: “I’ve got to rewrite this.” The lyrics are a bit more impressionistic than the other songs, and it’s basically our modest attempt to be as funky as we can be.

Jane: Simon was tinkering around in the studio and came up with the intro guitar lick and the beat, along with the punchy piano chords for the chorus. When he showed me this embryonic song, I really loved it and wanted to work on it! It was a long road bringing all our ideas together to this final version, which I think is something like Mac DeMarco meets Daft Punk meets ABBA. My favourite part of the process was composing the disco-like string arrangement with Simon. It’s something I had always wanted to do and I’m really proud of what we put together!

Simon: The idea for the song came while listening to contemporary First Nations music on the radio. It felt like their beats always carried some sort of spiritual weight. Some of that carried over into this song. Jane felt like the lyrics should be delivered very blandly, and be about nothing. Writing about the void, that sort of thing, which is quite a challenge. At the time, I was reading Crime and Punishment, which inspired the very French lyric: “Personne ne sait si l’enfer est sur terre”. Very existentialist.