«We wanna be remembered as a good example of overseas expansion.»

«Jambinai sound less like a band than a force of nature, fusing the full dramatic range of post-rock dynamics to Korean folk roots to create an exhilarating, vivid and unique fusion. Their instrumental music is coloured by Kim’s fiddle-like haegum, Ilwoo Lee’s guitar and piri (a Korean flute made of bamboo) and Eun Youg Sim’s geomungo, a Korean zither. They met studying traditional music at Korea’s National University of Arts, and found they were united by a desire to present such music in a new way, “to communicate with the ordinary person who doesn’t listen to Korean traditional music,” says Lee, the band’s principal writer. This makeover, however, eschews previous Korean modernists, who Lee says have used western classical music or jazz, for a molten fusion of metal, rock and experimental sound. “We’re darker than other Korean traditional bands,” Lee adds, with considerable understatement.» (1)

We talked with the band following their return to Portugal for a concert at NOS Primavera Sound 2019.

Jambinai got together in 2009, although your first record wasn’t released until 2012. Looking back on this decade, were you expecting your music to achieve such a global status? Did you imagine back then that a global audience would be interested in discovering your approach to traditional Korean music?

(BOMI KIM) We didn’t know that. At that time, we just wanted to make new music and communicate with common people. We found a place where we can play our music, so we made an offer to a broader music scene also. And the reaction came earlier from abroad than Korea.

(EUNYONG SIM) I couldn’t imagine touring in so many countries and showing our music to so many people. But now it’s different. I will move forward further. We think it’s the beginning from now on.

(ILWOO LEE) For me, Yes. Because I was confident about my music and I thought of many, many more music listeners living in other countries other than Korea. Many of Korean don’t like our music because rock is not popular, but Europeans or Americans enjoy post rock. So yes, I did. Just expected only fewer countries, fewer concerts and fewer people though.

Do you remember why you went for this approach combining traditional instruments with a prog-rock instrumentation? What was your main motivation?

(BOMI KIM) These days, Korean traditional music is unpopular. But we studied that and also we play that well and best. So we just want to make new music what we can communicate with common people.

How important is the work of Jambinai for a broader exposure of Korean musical identity?

(BOMI KIM) I think our music helps to know how diverse Korean music scene is.

(JAEHYUK CHOI) – Recently, Korea is recognized as a country of K-pop. Of course, I respect the fact that K-pop is spreading worldwide. But I wanna show that there is not only K-pop but also many good bands like JAMBINAI in Korea.

And are your influential in any way for younger generations and artists?

(JAEHYUK CHOI) We wanna be remembered as a good example of overseas expansion. Overseas touring is not easy and sometimes it’s a very lonely time. We have been through all these hard times together. We don’t know how high our limit is, but we wanna prove ourselves.

(EUNYONG SIM) It is their choice to be musically influenced by our music. But I hope the various aspects of Jambinai’s path will help musicians who start their music career.

(ILWOO LEE) Some young traditional musicians want to be a next Jambinai. I saw some student cover our music and some students asked me about music and how to be a global band. I feel responsible as a Korean musician when they asked for me.

(BYEONGKOO YU) It’s music that no one is challenging and exists nowhere else. It’s like giving you the direction to move forward without being afraid to start a new challenge.

We are currently going through a very rich period of experimentation. Numerous artists are innovating in tradition, building new languages and artistic voices. One of Primavera headliners, Rosalia, is a perfect example of this. Why do you think contemporary artists are exploring their cultural and musical roots?

(ILWOO LEE) I have to study my root because I’m still traditional musician. But I’m not sure why they exploring their own root.

(JAEHYUK CHOI) The world is wide and there are lots of music, but it’s not easy to find myself in the ocean of sound. I think it is similar to finding my parents, my family, my blood, my hometown. And I still remember all the music I heard when I was a kid.

(EUNYONG SIM) Everything is developing anew in this age. It is changing with the times. By experimenting enough in tradition, it is a new frontier in time. 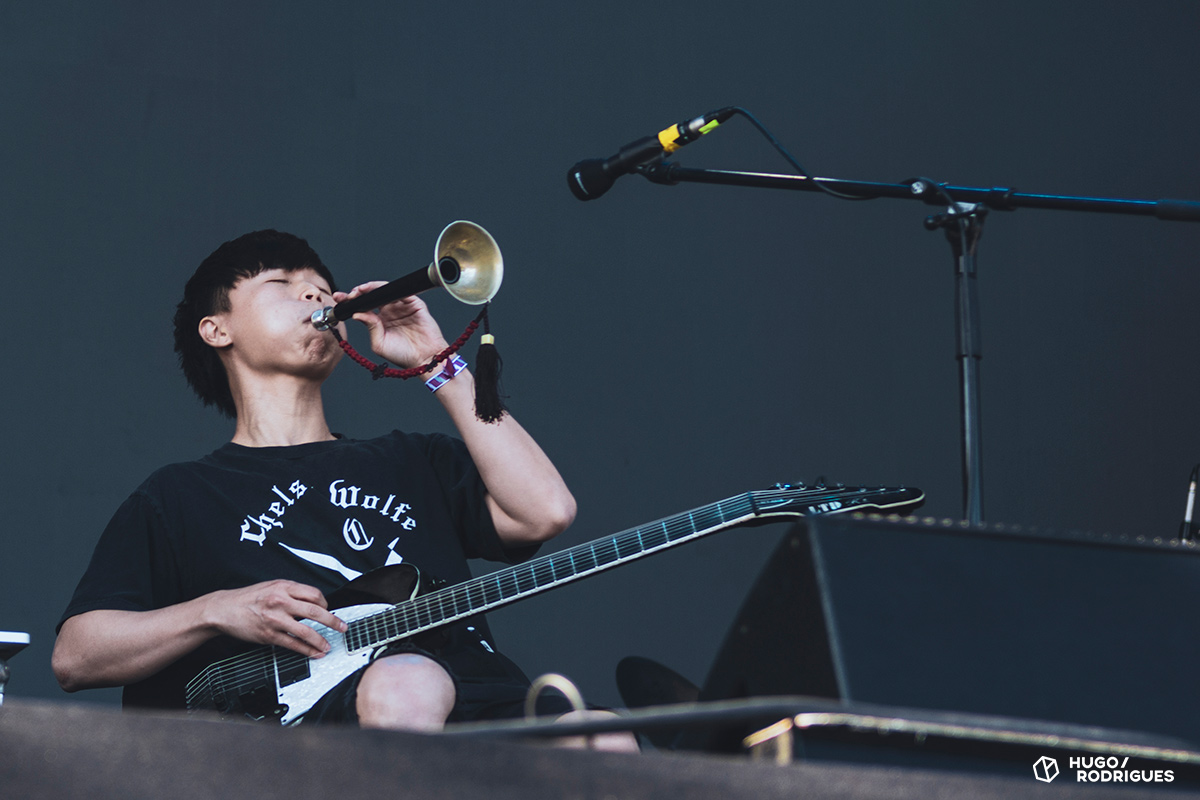 Portuguese audience has already embraced Jambinai. We are fortunate enough to know you for a few years now. How important was playing at the 2018 Winter Olympics closing ceremony for Jambinai to engage with new audiences? Did this performance opened doors to new markets and geographies?

(BOMI KIM) People all over the world saw us. And I think they were pretty surprised to hear our music when the underground headbangers came up in the Olympic Stadium 🙂

(EUNYONG SIM) The closing ceremony of the 2018 Winter Olympics was really a big stage. So it’s a very important stage and an opportunity for us. And it was a glorious stage. I hope it will have a good effect on Jambinai’s future.

(JAEHYUK CHOI) The closing ceremony of the Winter Olympics certainly opened a new door for us. It was a great honor to be part of an international event and we enjoyed the moment that we would never forget. Many people still remember that time and talk about it.

(BOMI KIM) Yes! The new market called Korea! haha. After Olympics, finally we can have lots of show in Korea.

(ILWOO LEE) Yes of course. Before ceremony it was hard to get a chance to have a show in Korea but after that we had a lot of shows. They thought Jambinai is hard to listen and understand, they don’t have popularity, Korean traditional music sucks. But the prejudice was broken!

Which Korean artists would you recommend us for our “gotta listen!” playlist?

(ILWOO LEE) 49morphines and Combative post. (my other 2 bands haha)
Both bands and going to release new album this year. (listen here and here)

(EUNYONG SIM) I’d like to tell you about a group called <sangjaru>. It is a group that is cheering with interest these days. The group is also a young team that is not limited to a single genre like jambinai, but is doing their own music with traditional Korean instruments. (listen here)