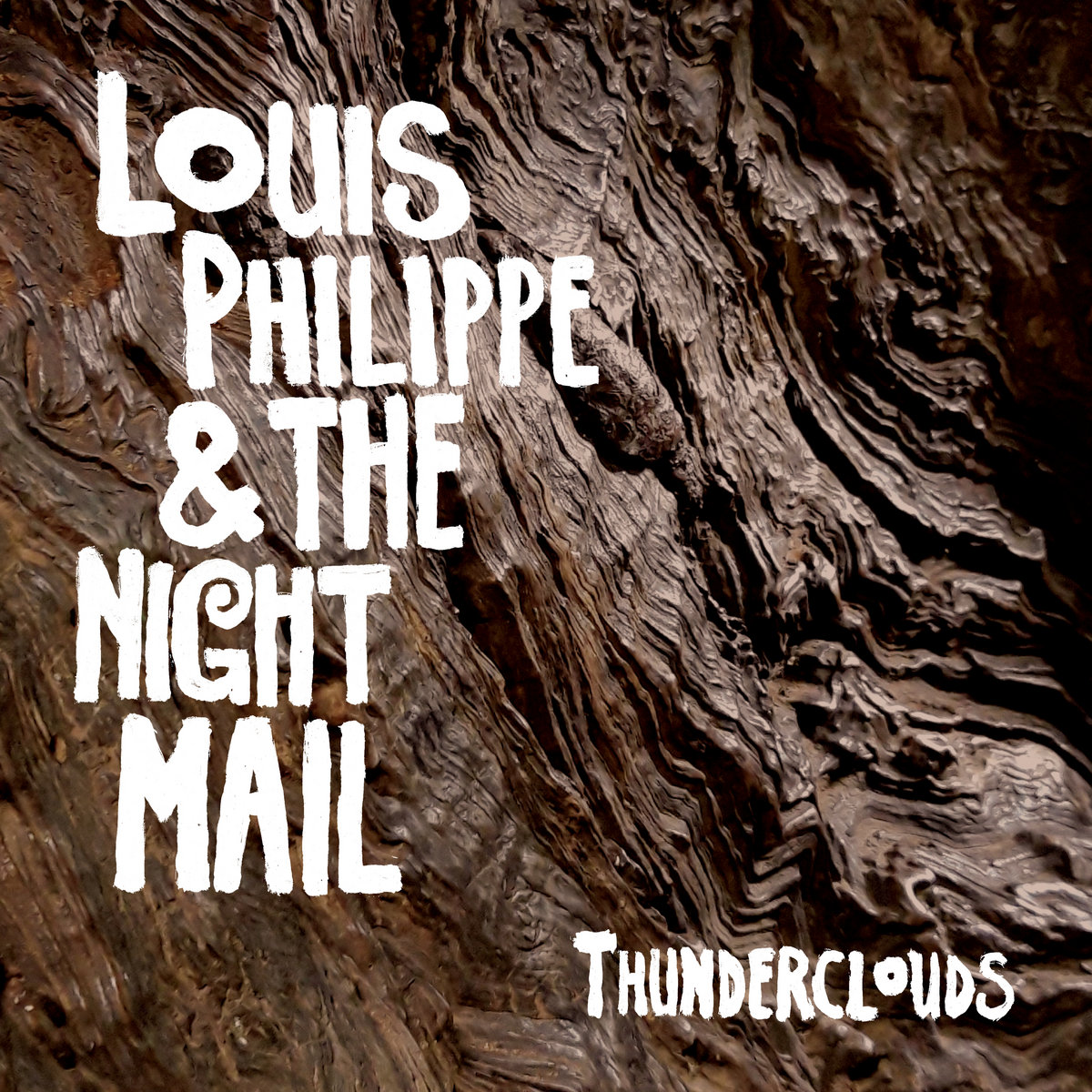 “I have never done a record quite like this before, with a live band in the studio, though I had always wanted to do it,” says Louis Philippe. Coming from this golden-voiced born French- and renaissance man, a Londoner by choice for the last 34 years, this seems quite astonishing. After all, this key figure of the baroque pop/chamber pop genre spent a good part of his life making his own as well as producing, writing, arranging, playing and singing on countless other people’s records, be it as house producer and songwriter for Mike Alway’s legendary él Records or as a collaborator with kindred spirits such as The High Llamas, Towa Tei, Martin Newell, Big Big Train, Testbild!, The Clientele and Bertrand Burgalat.

A song I wrote away from the piano, or any other instrument, from scratch until the very end, something which happens too rarely, as it is great fun to sit down with the musicians and tell them, ‘this is how it goes, this is your part – I think’ without having ever tried it at home or in rehearsal. It started with the walking bass line, and developed a life of its own afterwards, and felt completely natural when we recorded it at Rimshot Studio. I seem to remember it only took a couple of takes to nail it. The lyrics are self-explanatory.

#2 Once In A Lifetime Of Lies

I once read that Roy Orbison had written Only The Lonely by combining two songs which didn’t quite work on their own, something which I’ve kept in mind ever since – and of which I hope to have made good use for this tune. I had two sections which I liked, but which were not quite enough by themselves; but once i’d found the right link between what I call the ‘Broadway’ intro and the two parts of the chorus, it made complete sense to me.The ‘verse’ is a kind of recitative, a springboard for the second section. If you have the right key to unlock the lyrics, it also tells you who exactly is that character who’s lived a lifetime of lies. Yes, it is a true person, but I can’t tell you whom. My nickname for him is ‘the music thief’. I won’t say more.

A song I’d kept for a long time in reserve (the verse of the central section came first), and a challenge I’d set for myself too. How could I make sense of three segments as contrasting as these? Could we create a kind of miniature tone poem? Then, playing them with the band, I – we – found out that juxtaposition worked fine, and we set out to highlight the contrasts even more. It is a devilishly difficult song to sing for me, right on the ‘break’, between F and G, and I’m not sure we’ll attempt this on stage too often. Oh – for the literary inclined, there’s a William Blake quote in there…

It’s quite an absurd little thing this one, which is what I like about it the most. The idea was to create something quite incongruous, but also seductive, which would shine a different light on the more ‘traditional’ songs of the collection. When you look at it more closely, it makes no real sense. The violin tune is something you could find in a Vaughan-Williams composition, but the churchy chords which go with it are pure Zombies c. Odyssey & Oracle, whilst the ‘chorus’ is made in Califormia, with Gil Evans adding a quartet of muted trumpets to give it a bit of extra zest. There were some more lyrics to start with, but as soon as Ian – the drummer – started to make the chorus section swing, I realised they wouldn’t quite work. They didn’t scan anymore. So let’s get rid of them! In the end, ‘willow’ is not a word anymore, but just a sound, an onomatopeia. Music can be and should be fun.

#5 Fall In A Daydream

I was surprised when it was suggested that this should be the first single. Its actual theme – how my relationship with London has changed in the light of Brexit, and how London was sleepwalking into decline and worse – was not immediately something which I thought could appeal to a pop audience (a bit silly of me, really). Of all the songs on the album, this is the most ‘crafted’, as in: you need quite a bit of craft, and deviousness, to come up with something like that. Verse, bridge and chorus are in three different keys and two different time signatures, but I *do* hope you won’t notice it. That was the plan, anyway. As it was to deal with a very difficult subject matter – the Grenfell Tower tragedy, and how London and England responded to it – from a different perspective, that of a witness concentrating not on the horror of the actual catastrophe, but on another kind of horror: the mix of indifference, hypocrisy and faked emotion which prevailed in the end. ‘Thunderclouds’ is a very angry album, the angriest I have ever made and probably will ever make. But there’s no need to shout in people’s faces to express that anger.

A highly unusual ‘pop’ song, and one that I worked on harder perhaps more than any other on this record, as I wanted its highly complex harmonic nature to flow as naturally and as lightly as possible, even if it more Coltrane than Paul McCartney. ‘Lightness’ was the key board. But I also wanted to create a kind of eeriness in keeping with the lyrical theme of the song – which is anxiety. It was also clear to me from the start that Shanti Jayasinha should play that trumpet solo. I’ve known him for close to thirty years and knew he would ‘get’ it almost straight away. He did. The drone at the beginning, by the way, is the sound of stonemasons sanding a wall near my home, which I recorded on my phone when I realised it was ‘playing’ a cluster of notes which fitted in perfectly with the song’s key. Serendipity!

#7 Love Is The Only Light

I was walking by a church on a Saturday afternoon in Highbury when my ear caught a choir rehearsing there. The title of the song flashed in my mind instantly, as well as the gospellly chords – highly unusual for me – which would go with it. This was a rare chance for me to sing in a fashion that my ‘normal’ songwriting does not normally allow me to. In fact, I can only think of a few tunes in my past work which tread similar territory – on the Azure and My Favourite Part Of You albums. What is it ‘about’? A woman I once knew – not in a romantic way – who had the gift of lighting up every room she walked into. So it is, truly, for once, a song of celebration.

To start with, it is just a motif, a few bars of melody. But these few bars obsessed me – a real ear-worm; and when I set to develop this first cell, I realised that I was getting nowhere. This is when I remembered a conversation I had with Sean O’Hagan of the High Llamas. Sean had told me that ‘development’ was not an obligation. Repetition can work just as well when the original motif is strong enough (and I felt it was in this case). It becomes a question of changing the colours, playing with textures, and – in a way – hypnotising the listener. Blame Sean if it doesn’t work for you (it worked for me).

One of the oldest songs in this collection, which I wrote one evening in Canterbury, quite overcome with sadness at some painful memories which had resurfaced without warning. Some friends told me it made them think of Scott Walker…perhaps. To me, it is more Judee Sill whom I’m evoking here. It’s another of these songs which has ‘gone to church’. I don’t think I can or should say much more about it. I’d rather it spoke for itself.

Another song which I find quite difficult to talk about. I lost a very, very dear friend last year, and this is for him. I believe we have a duty of remembrance to the people we loved and who died. The instrumental coda to this song moves me deeply, and I struggle with emotion when I hear Rachel’s violin joining us towards the end. I almost never listen to my own music – I can only only hear the mistakes at times, the things I wish I’d done differently. Not in this case.

Not a love song, as a couple of reviewers thought it was, quite the opposite in fact. The ‘owl’ here, is the owl of Minerva, which takes wing at dusk – and is not the best of portents. I guess the jauntiness of the tune, even in a minor key, fooled them. Robert, who plays the wonderful acoustic guitar part (his own) on this song tells me it evokes Caetano Veloso and MPB…not a bad call. I was more thinking Villa-Lobos myself. But it shows how various genres can feed from each other in a natural way and blend harmoniously.

I don’t think I’d have recorded this a few years back. I’d have thought – isn’t it a bit too ‘Celtic’? But, thank goodness, I’ve stopped worrying about things like these. It’s what came to me. It felt right right when it did. It holds its own. And, in any case, the middle section takes this song – another celebration, of nature this time – somewhere else, with a harmonic progression which comes from the same family as ‘Thunderclouds’ – the song -, more Coltrane than Richard Thompson. It works, I feel. If there’s one thing I learnt more recently, it is to be much less self-analytical about what pops into my head and demands to be written down and sung. Self-criticism? Good. You need to weed out the weaker material. Self-analysis? Careful.

This song was born out of a ‘vignette’ which I first thought would only be an interlude in the record. I knew it was catchy (that trumpet motif in particular), but I wasn’t too sure that it had the potential to become a full-blown song. And in the end, it is perhaps too short! And the reason for that is that it was transformed by the band’s playing. We suddenly found ourselves on a disco floor, which was tremendous fun – and perfect to contrast the very, very dark content of the lyrics, which are a not-too-flattering, but true to life, alas, portrait of 2020 post-Brexit England. Andy Lewis has actually done a re-mix of this song, which is twice as long as the original, and which we hope to release at some point in early 2021.