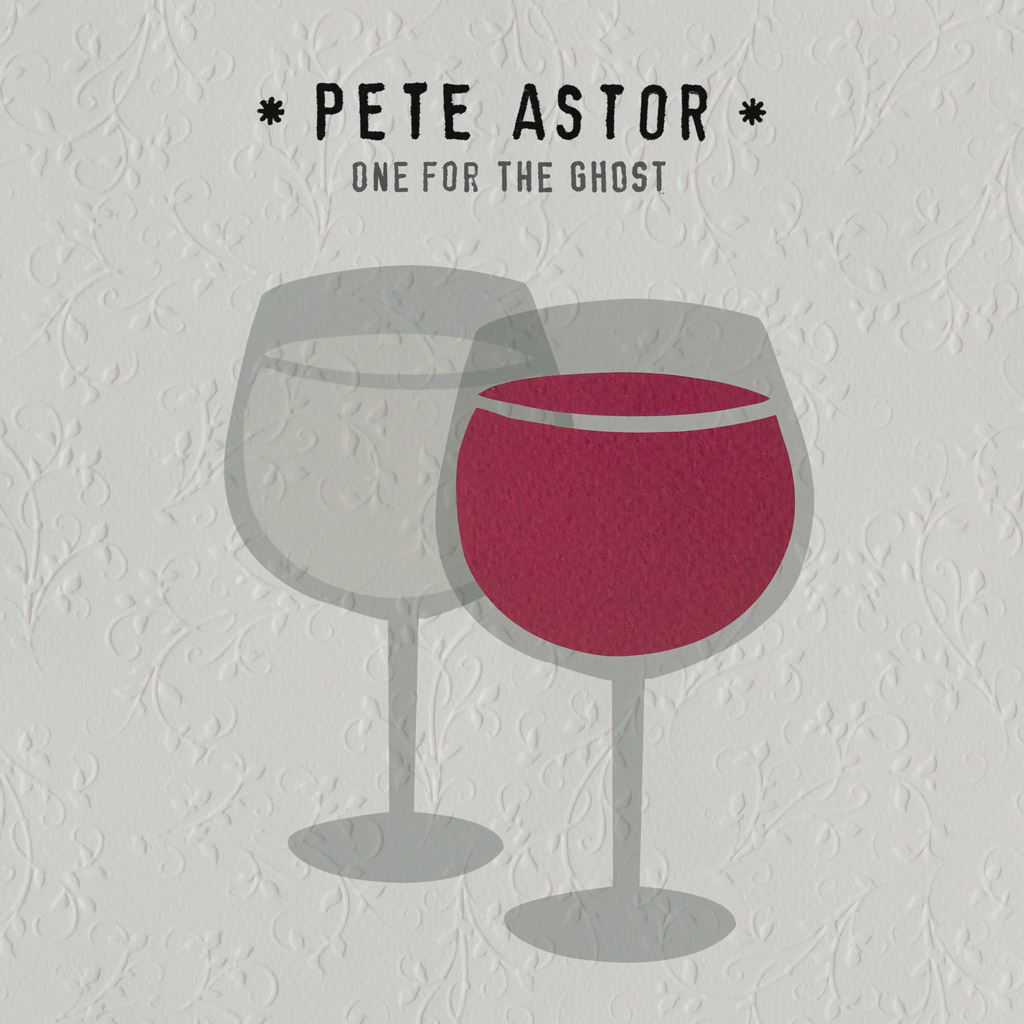 One For The Ghost

I can’t tell anyone exactly what the songs are about – they are my truths, but not the truth. There are truths that listeners make out of them too and I want to open that space up. But here are some footnotes and reflections.

Walking does something very good to your brain. I think there might even be scientific proof of this… Also, the places in the second verse – Arnold Circus, Marble Arch, Regents Park, Ceasar’s Well, Hampstead Heath – are points on the London ley lines. Ley lines are a kind of pseudo-scientific idea that became quite popular in the early part of the 20th century with the people that love a conspiracy theory along with their cornflakes. It also makes meaning in places – always good.

This was inspired by the work of Bernd and Hilla Becher. I was sitting in the middle of a display of them and started writing in a diagrammatic, non-linear way – like writing a picture – and most of the words popped out. I got home and so did the music. This does not happen very often!

#3 One For The Ghost

I found a book called I Told You I Was Ill, which was a collection of famous people’s last words – there were some great ones in there and I used them in the song: thank you Oscar Wilde, Ernest Hemingway, Joe D’Maggio and Ludwig Wittgenstein! The chorus line comes from how, one evening, when I was enjoying my favourite red wine, I decided to pour an extra glass for people and times past. This became something I did quite often and then the name of this song.

Sometimes I just need to listen to wall-to-wall 50s rockabilly – things like Wade and Dick’s Bop Bop Baby, the more generic the better. This kind of thing also inspired some of my favourite Fall records like Container Drivers and Fiery Jack, when they had Teddy Boy Mike Leigh playing drums. I also like the way the song only has one chord.

I complied a record of my first solo albums a while ago and titled it Injury Time. I remember thinking, ‘that should be a song’. And I kept at it and I got there in the end.

I’m not sure that the phrase even exists outside of the UK. In football, it’s the time added on for stoppages and injury. It’s also entirely at the discretion of the referee, so there is always a few extra minutes where everything can change. There is also something that the commentator famously said in injury time in the 1966 World Cup final when the last goal goes in: ‘They think it’s all over – it is now.’ This has become a phrase that everybody in the UK that likes football knows. I thought I’d have a bit of that too.

‘Magician and assistant on the TV screen/ deep in my head in a distant dream.’ This uses that innocent time when there were a certain kind of magician on television – this is the innocence that this song starts from; the song also talks about what happens after…

Lost at sea, acting like you have a plan/ Pretending you can see the land/ If only it was true/ only child/ It’s all gone quiet

Donald Crowhurst was an around the world sailor who ended up faking the whole thing;

in the end Crowhurst became completely delusional and resorted to mystical writing to make sense of how wrong it had all gone.

I’d been playing a show on a Saturday night and was getting the last train back to London. This involved a walk directly through the town centre. Walking through it all was strangely calming; we felt like ghosts, invisible. As we got to the station and were about to go through the barrier we passed a couple of revellers who’s strayed away from the central Hieronymus Bosch scenes and were swaying around the station, looking for the right train. Two good-humoured policemen showed them the way as the two men tried to argue; as the two of them bounced through the barriers, I heard one of the policemen say, ‘thank you gentlemen, time to Foxtrot Oscar’. Initially it didn’t make any sense, but after a while I realised they were using the phonetic alphabet. It was time for them to fuck off.

So, when I came a came across someone referring to things having gone ‘Tango Uniform’, I looked it up and it was a phrase initially from the military – ‘tits up’ – dead – all gone wrong; like the Vietnam-inspired SNAFU (Situation Normal All Fucked Up). So, it had to be the song where the final curtain’s about to come down.

This song started with being trapped in a work meeting with someone who won’t stop talking – often a very male trait: talk as loud and long as possible, therefore dominating the room, whether or not that man has anything worthwhile to say. My friend Steve, who is American, once used the phrase ‘blow hard’ to describe someone. I didn’t know what he was talking about, so he explained it to me. Now, whenever I’m really stuck in work meeting with one of the characters described above, the fact that Steve has supplied me with a name for it is always a source of comfort. I also got a song out of it!

As a teacher/ lecturer in music I’m always looking at ways to make work. I should also be clear that when I say I teach music, it doesn’t mean anything technical – I know a G from an Am, but that’s as far as that stuff goes. What I’m interested in is creativity, making good things – creative practice to give it it’s official name. Basically, the kind of thing they taught/ teach in Art Schools which allowed Pete Townsend to see Gustav Metzger lecture at Ealing College and map his auto-destructive ideas onto what The Who did.

Not nearly as grand or messy, I love finding good writing spurs for coming up with words; New York poet Bernadette Meyer has some really good ones, Kenneth Koch has a brilliant book, Rose, Where Did You Get That Red?

Closer to home, I’m a big fan of poet Paul Farley and he had this thing where he said when writing about something you should make two columns, then in one column, you should say things about the event that are factual; in the opposite, you should put fantastical, absurd or plain untrue things in contrast to each fact. This is how this song started – sometimes it’s impossible to write about something head on – the light’s too bright, but coming at it sideways like this unlocked something for me. About four years after that initial splurge and many hours of play, this came out.