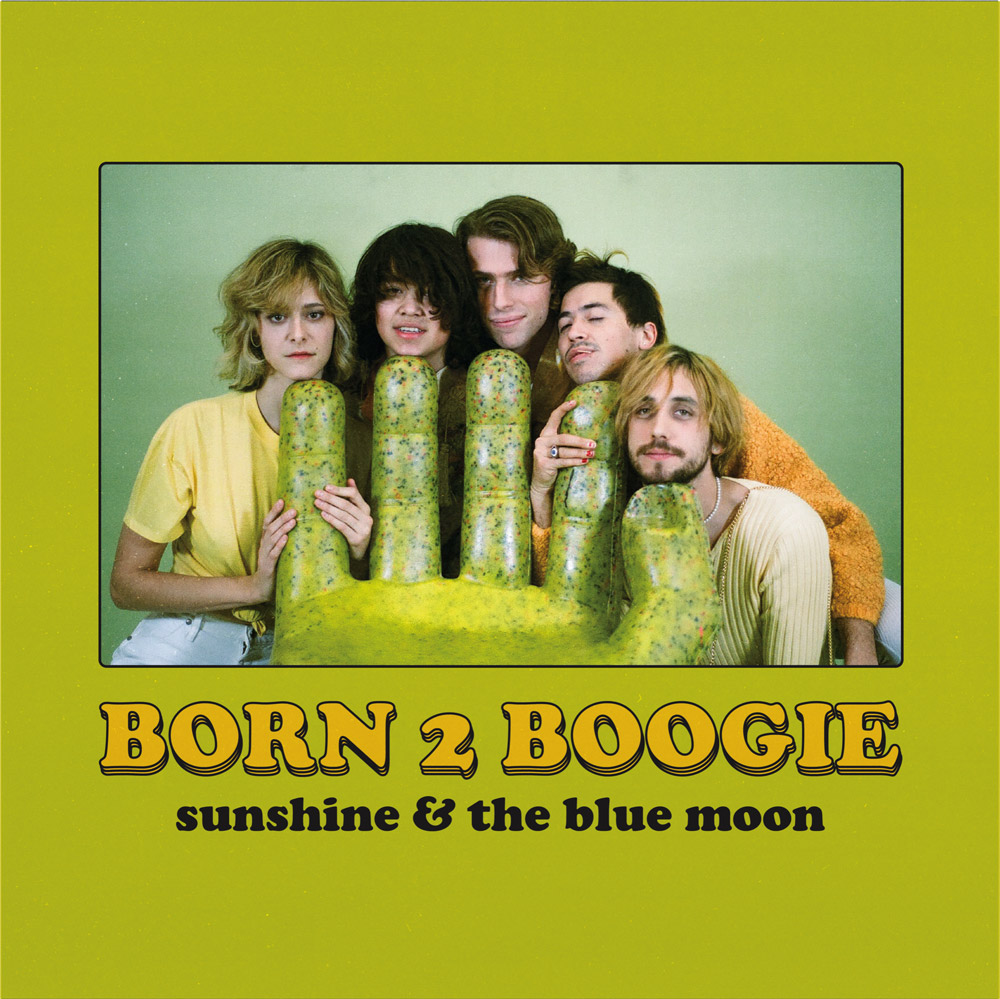 Sunshine & the Blue Moon confront the uneasy state of our sweet world head on in their brand new LP, Born 2 Boogie – battling bummers with an abundance of psychedelic grooves, offering their bright, joyful voices in the fight against apathy and evil forces. The shimmering, paisley-patterned rock ‘n’ roll of Born 2 Boogie was crafted to make you move.

This is just a silly little jam we used to open up our sets with.

Wrote this when Donal Trump was elected, his disregard for social norms, decency and truth made me very nervous to say the least.

Kind of an odd-ball tune, hoaky lyrics over some strange weird almost hip-hop style guitar riffs. I actually wrote this one years before Sunshine & the Blue Moon, but they heard it and played some trippy stuff; and it was fun to play, so we decided to add it to the set.

This one is janky, seedy romper. I wrote it with alley-way smokes, and dingy clubs in mind. Maybe like if zombie versions of the Doors, and the Stooges had a choreographed back-alley brawl.

I wrote this a number of years ago, when my hometown Thunder Bay was beginning to come to a reckoning regarding it’s racist underbelly. First Nations youth were turning up missing and drowned in the river, and the police were basically turning a blind eye. The stories broke my heart, and continue to in a tremendous way.

Directly inspired by a fever dream. Often my dreams are an action packed sequence of events where I’m evading mysterious foes, and aided by mysterious and fleeting companions. The lyrics are supposed to represent the bizarre imagery that can present as the backdrop, or environment for such sequences.

The Silent Wheel is a metaphor for that which affects the entirety of humanity, the dark spinning force that can and does pull us toward destruction.

I wrote this one mundane morning, sitting there staring at the wall, I realized that even though some days we wake up feeling almost frozen with fear or anxiety, unable to accomplish the simple tasks we assign ourselves; that even those moments can be moments of inspiration, whether or not we realize it then.

Really just another silly romper; the nonsense hoaky lovelorn lyrics, are just to have something over top of the over-the-top raucous jam.