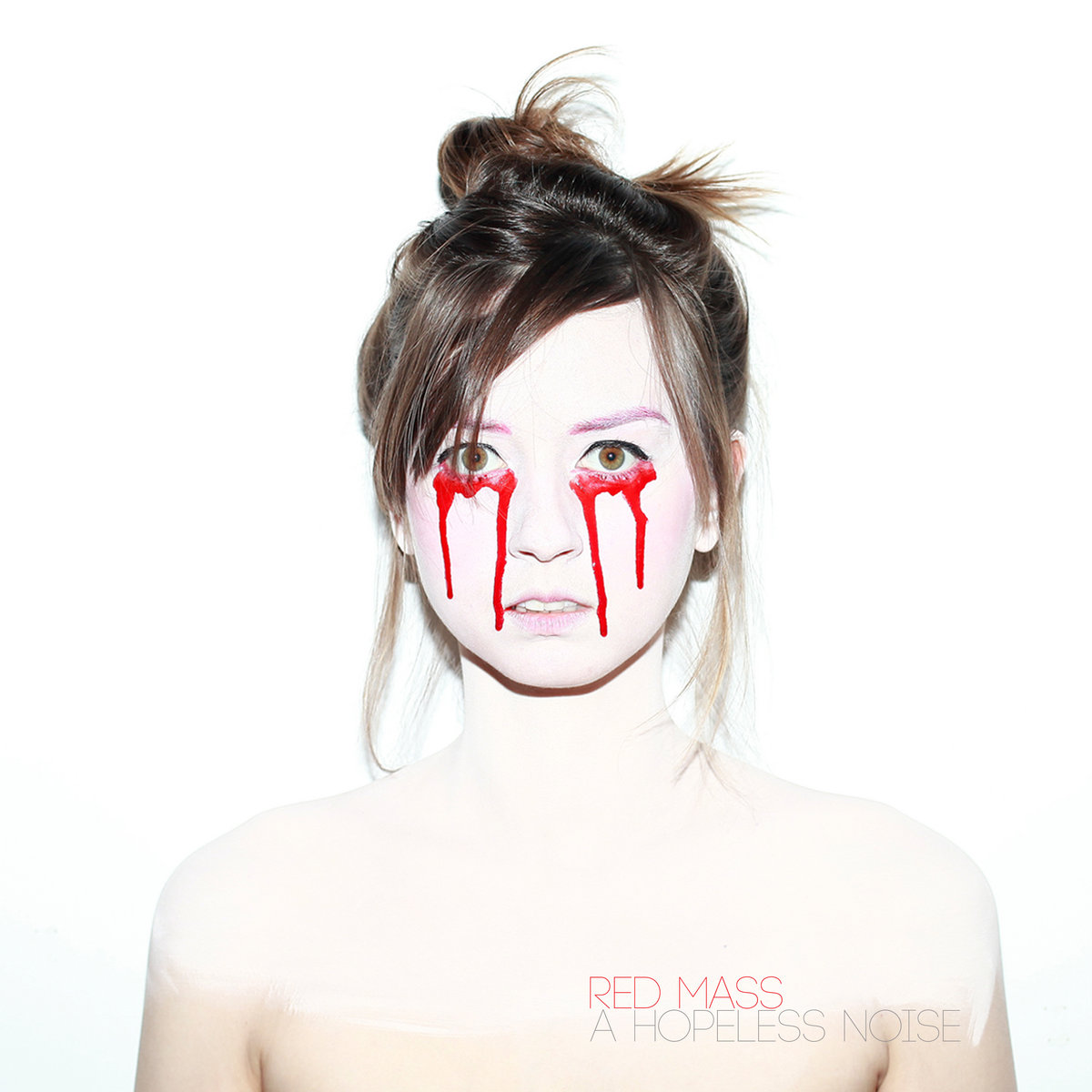 Punk music incorporating techniques of automatic creation and chaos magic. Nothing is sacred in the sweet blasphemy of art. Created by Roy Vucino with Hannah Lewis as part of the ‘Free Creative Enterprise’ TA DA arts collective, Red Mass has become a gathering of musicians, agent provocateurs and artists, from around the globe. The band has amassed more than 100 participating artists and musicians in its ranks including Mike Watt, Mac DeMarco, Evan Dando, Rick Froberg (Hot Snakes/Drive Like Jehu), producer/musician Martin Bisi and King Khan as well as members of Fly Pan Am, the Black Lips, Duchess Says and Godspeedyoublackemperor among others. Collaborations with legends, friends and family and with strangers who wanna create something subversive.

In order to free oneself from a culturally conditioned view of reality, the group choses to abandon the comfort of familiarity, embrace the confusion of our world and denounce man-made belief systems meant to squash the weak and unfortunate. Be godlike by creating worlds, be angelic by soaring above the ruins and be like a demon by seeking the immoral core of magical experiment. As above, so below. We welcome you to the Red Mass.

This track announces the themes of the album as it tells the story of the Diamond Girl. It is our modern day take on the tale of Don Quixote. You follow the Diamond Girl as she falls from grace and loses touch with reality.

I recorded it on my cassette 4 track and got my childhood friend King Khan to sing and help with the vocal arrangement.

#2 Life Is A Cabaret

This one is meant to represent how we can sometimes live our lives as if we are on a stage or a movie set. The Diamond Girl slowly develops a psychological disorder and suffers delusions of grandeur. It’s also a nod to Guy Debord’s society of the spectacle.

We made a video a few years back with the help of artists’ Matt Goerzen & David Leclerc. Mathieu Trudel who did the animation has since passed. He was an amazing and truly inspiring artist, check out his work.

When you do down a dark path and start abusing substances you can often hit a wall. Usually your first real crash is the worst one and after that you learn to bounce back and roll with the punches.

I had asked Mike Watt to play bass on ‘Killer on the loose’ and when I got the track back I still couldn’t believe that it was actually him playing. I had contacted him through social media and thought I had stumbled on a fan site and some random dude or woman had sent me back a track. When I got him to sing on ‘First time’s a bitch’ was when I realized it was actually him. His album ‘Ball Hog or Tug Boat?’ was a huge influence on us.

Once realizing the self-deception she has perpetuated, the Diamond Girl goes on a killing spree. Bret Easton Ellis’ books were also a huge influence on us for this album. We’ve also always been fascinated by authors who tackle true crime and flip in into fiction like Jim Thompson, Truman Capote or James Ellroy.

We recorded this one with Sebastien Perry and once Mike Watt had played bass on it many of our friends wanted to play on the track, so we had to make a wall of guitars.

This one is about jonesing for drugs and ripping apart your home looking for some. At this point the Diamond Girl is slowly coming apart at the seams and her addiction is out of control.

John Kastner is a friend and originally lived in Montreal. He manages Evan and agreed to hit him up for some backs. I grew up listening to the Lemonheads so I was thrilled he was into it, especially considering how ridiculous the song is. Raf Katigbak recorded and played drums on this one.

This one has a more positive outlook where the idea is that love could have almost saved the Diamond Girl. When you hear fictif or true stories of murderers on the run like Bonnie & Clyde , Henry Lee Lucas and Ottis Toole or Mikey and Mallory in ‘Natural Born Killers’ their love is what humanizes them and makes them almost relatable.

Young blood roaming the streets at night looking for a new kick. This song embodies the the electricity and freedom of wandering around a city after dark with no expectations. The excitement of being lost and having no aim. Losing yourself in a moment in the dark.

As the Diamond Girl’s psychosis she becomes cruel and abusive to the ones around her. Hugo Mudie who sings on this is a Montreal writer, visual artist and musicien who is always pushing the boundaries of the genre for example mixing modern r&b autotune vocals over hardcore songs. Some of it is pretty weird but what’s the point of playing punk rock if you’re not fucking with the formula.This is my personal taste but I get easily bored with formulaic bands that adhere to a certain aesthetic and sound without ever straying away from it.

Amidst her trauma Diamond Girl wanders aimlessly through the city and falls prey to the most decadent of low lives. She wallows in vice as the wings of temptation carry her from one nightclub to the next, creating a perverse and cruel creature of the night. Both us and Drug Train share a love for classic gothic and industrial bands likes Sisters of Mercy, early Ministry and Bauhaus.

This is the song that started this whole concept album. We basically recorded it with our close friend and collaborator Seb Perry as his project for school. We wanted to do something a la Roxy Music and when after we had created the character we decided to write a whole album around her.

At this point in the story Diamond Girl still believes she is living in the utmost luxury when in reality, her world crumbles around her as she lives in the poorest conditions.

I got my dad to play guitar on this one.

Sharp was written as a sum of the record. It embodies the timeline and events of the entire record. It was written last and is meant to express the descent, debauchery and magnitude of what the character experienced.