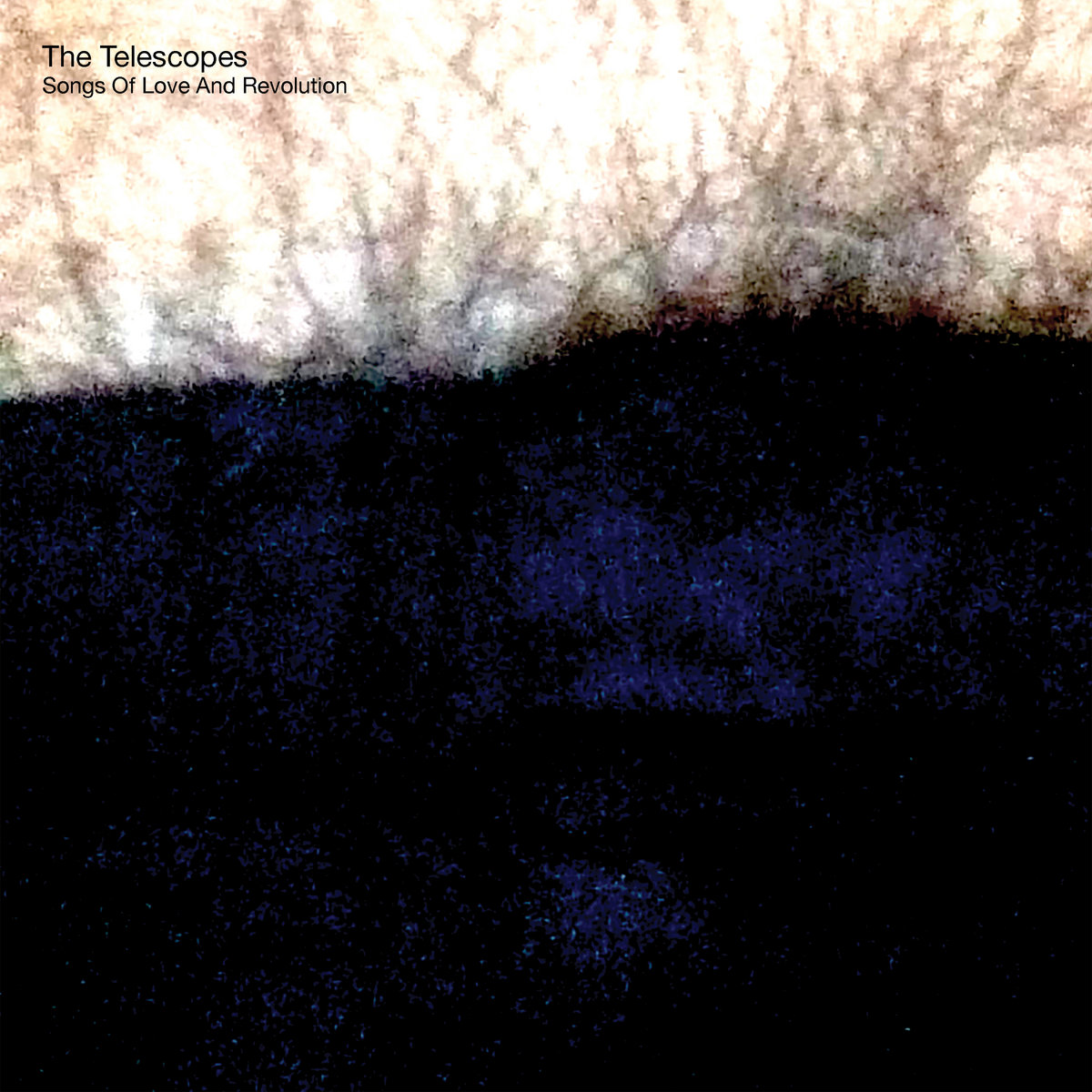 Songs Of Love And Revolution

This has never been played live before as it was written and recorded post Covid. The title is self explanatory, this is not a dream, living is dreaming of living, although nothing seems how it should seem, this is not a dream. I think maybe we can all relate to this right now.

This was written last year and every time we play it live it is my favourite version, it’s so good to play.  I find it especially strange that within 12 months the whole world was plunged into a series of strange waves.  I think this whole album came from the cosmos.  Lloyd Cole has done an incredible remix of this.

Again, this is a post lockdown song that hasn’t been played live yet.  I really can’t wait to see how it goes down with audiences.  The song was written for my fiancé but as with all of The Telescopes songs the meaning is subjective to the listener. I think the whole world is in a state of Mesmer right now.

Another post Covid song we hope to play live soon. And yet another written for my fiancé. The sentiment however is much more universal in its intent. For me, the greatest revolutionary act is to stand by your calling in the face of adversity, to keep doing what you were born to do, no matter what. To do something out of love in these times is the revolution. Come bring your love, come bring your revolution.

This is another one I can’t wait to play live. Love_Songs have done an amazing remix of this for the DINKED edition coinciding with the album release. The title was inspired by train journeys to visit my fiancé in my support bubble between lockdowns. On most English trains the announcement starts with ‘This train is for….’. The song itself is about standing your ground. Holding on though the rail is gone and the track is all twisted.

#6 Songs Of Love And Revolution

Yet another song we can’t wait to play live for the first time. This is the case with almost every track on the record. This is the title track but the album title came first. It was the last song written for the album. It’s a call for humanity lost to greed and economy, for love lost to hate, for unity and community lost to division. They’re the kind of things on my mind at the time but the listener may hear things differently and their interpretation is as valid as mine.

#7 You're Never Alone With Despair

This started out as a simple acoustic song. It’s more likely to appear in more acoustic live sets I play on my own. It’s so easy to fall into feeling alone with despair, but it’s something we all go through. Sometimes feeling less alone can help.

#8 We See Magic And We Are Neutral, Unnecessary.

This song has been around for a while. It’s gone through so many changes and has developed live. My favourite live version is every single time we played it in 2019. I think we really took it somewhere, but the album version is the definitive version for me. Others may disagree.

The song grew from a conversation I had online with a friend of mine in Italy. Most of the words, including the title are things she said during the conversation, which was about art and life, but she refuses to take any credit for her part in the creation of the song. The whole song is about being in flux with the very nature of things.

#9 Haul Away The Anchor

I didn’t write this one, it’s an old traditional Cornish farewell song. I decided to cover it in tribute to my future Father in Law who we lost earlier in the year to Covid. He was from Cornwall and developed dementia in his later years, which contributed to him catching the virus. He was a lovely guy and despite his condition we had many a great conversation. An old traditional version of the song was played at his funeral.

When I came to try a version of it on an old wind organ I have, one of the keys was stuck in the exact tuning of the song so I played the melody over the drone that the jammed key created. It felt like a fitting end to the album.