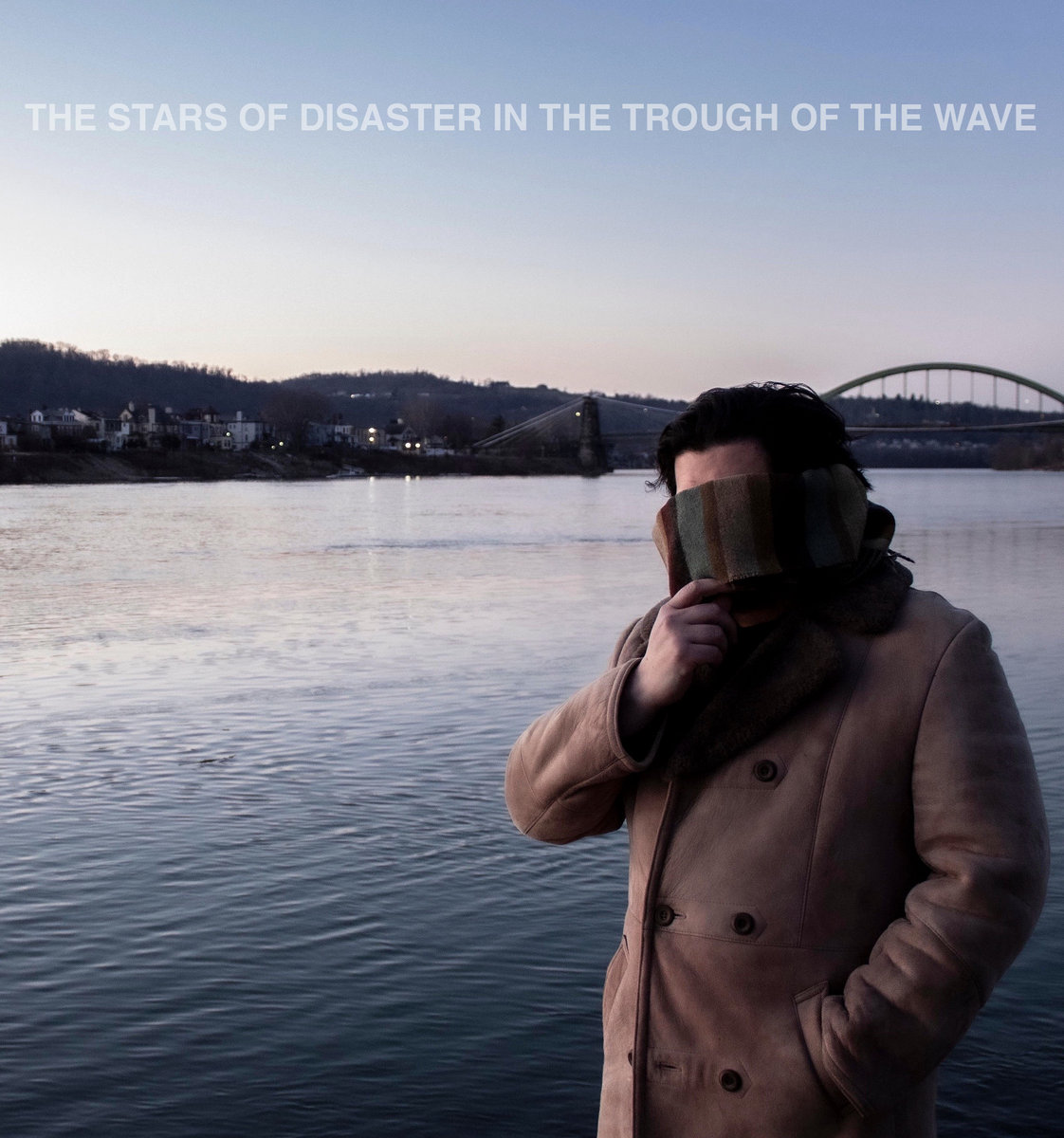 The Stars of Disaster

In the Trough of the Wave

The Stars of Disaster started playing together in February 2019, in Pittsburgh, but the songs started coming in 2014. Anthony Schiappa had made a go of it as an airline baggage handler in upstate New York, an academic in NYC, and an exile in Scandinavia. After returning to his Steubenville, OH, basement, trying to stave off the terrors of clock-punching and memory, he rediscovered his childhood love of making loud music.

In the Trough of the Wave is raw, vulnerable, humble, and real. The lyrics peel back the layers of anxiety, loss, longing, death, and the sleep-deprived drudgery of everyday life to create comfort and catharsis that boldly explores the fragility of our emotions in isolated times. With influences like Bob Dylan, Vic Chesnutt, Neil Young, Ween, and Amanda Shires, The Stars are joined by drummer Jeff Ryan (St. Vincent/The War on Drugs), and the album is mixed by John Dufhilo (Apples in Stereo/Corner Suns).

New album, In the Trough of the Wave, out now, continuing a theme of loneliness; an urgent need to connect and an inability to do so.

Even in the most humble, seemingly degraded existence, there is a vast wealth of experience and creativity. We don’t see it because it doesn’t exist yet. We must create it. And there is no template. Recognizing this, we have to be kind with one another. As bad as it gets, it’s still worth it.

The narrator of this song is saying “I know I’m hurting you, but this is who I am. I’m not going to change. Did you not see that?” It’s a variation on the fable “The Scorpion and the Frog.”

#3 Beer in the Morning

This is about working the night shift, which I did for many years. Sleep became an obsession, hence the beer. Over time, you start to feel disconnected from other people. They become like unreal objects of speculation. I tried to explore this with some humor. I don’t think it’s true that if something is comical, it’s a joke or unserious. Humor can defang things too scary to deal with head on. And pain can be funny, one’s own in particular.

A straightforward love song. Unlike the other songs, I wrote it in real time, emotionally – as I was feeling it. It’s not looking back.

The working title of this song was “The Bishop’s Property.” The Catholic diocese owned a large tract of wilderness behind the house where I grew up, and that’s what we called it. For some reason the song’s feel reminded me of that. I inserted a few (not so) sly nods to some of the songwriters who influenced the record. These are the “Bishops.”

The title came first. It seemed perfect for a swaggering, tongue-in-cheek song about a man not being able to settle down. It evolved into a back-and-forth between a couple. One person is saying “I want to give myself to you.” The other is saying, “I don’t believe you, even if you think you believe it, or how much we want to believe it.” These expectations of how men should – or inevitably will – behave can feel like a prison. Whatever our intentions, they circumscribe our relationships.

This song is a reflection on growing up around a great artist who succumbed to addiction. A lot of movies or novels that deal with this often have an undercurrent of moralizing. I wanted to avoid that, and just paint a faithful portrait. It’s also a eulogy for a kind of life that I think is fading away. Where people sit at the kitchen table all night. Drinking, smoking, telling stories – usually the same ones repeatedly. In other words, the art of conversation. I didn’t intend that, but listening back, it’s there.

A “Dodge” is an evasion – of yourself, your situation, or other people. And a person can’t progress if they’re constantly evading what’s in front of them. You can become stuck… To “get out of Dodge” – an allusion to the Old West – is to get out of a difficult or dangerous situation. And to never “get out of Dodge” is to remain in one.

This song is about using a confusing situation to your advantage. It draws on the Moliere line, “doubt is more cruel than the hardest truths.” Where he meant it sympathetically, here it’s weaponized. In the right circumstances, anyone can slide into this awful mindset.

This song is about making it okay for others to let go of you.

#11 Someday I’ll Meet the Girl of My Dreams

This is about the end of a relationship. I try to capture the light and dark here. Everyone takes a turn hurting and being hurt. This doesn’t mean all situations or people are equivalent. And I’m definitely not talking about abusiveness. But I think our feelings and beliefs and desires are much less tidy and more ill-defined than we’re conscious of. Accepting “the shadow,” as it were, is necessary to reaching our full maturity. And to love without conditions or reservations.